What is CDKL5 deficiency disorder? 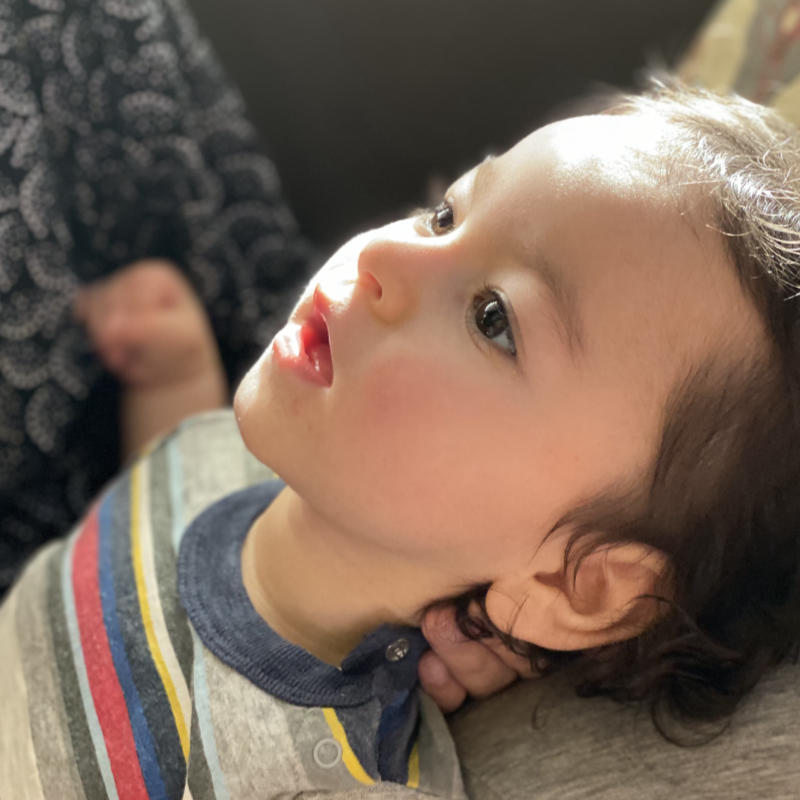 This is Rohan. He's my only child.

He was born in the summer of 2019, and shortly after his birth, life threw us a curveball.

It's unlikely Rohan will be able to physically stand up or be able to talk. He sees the world like through a kaleidoscope at the end of a tunnel. Worst of all, he has daily seizures. Other physical side effects manifest themselves as he grows. He may not be able to reach adolescence.

If it wasn't for a single mutated gene, he would be a normal, healthy child.

He has CDKL5 deficiency disorder (CDD).

In our case, this disorder was caused by pure chance: a random and non-hereditary genetic mutation at the X-chromosome. A random mutation at any gene occurs in 1% of all births. This specific gene, CDKL5, which all humans have, affects the brain.

The role of the CDKL5 gene is to provide instructions for making proteins during brain and neuron development. Since CDD inhibits neurological development, anything the brain can process is impaired. What Rohan sees or hears, he's unable to properly process. He does not have the ability to develop language, understand basic logical relationships, or motor skills such holding his head up or grasping objects. Cognitively, he's permanently a newborn.

The worst part of his disorder is that it causes daily random, uncontrollable seizures throughout the day and night. This can cause him pain, fear, confusion, and exhaustion. In addition to inhibiting any chance at development, his intractable epilepsy also robs his personality, and leads to feeding and sleeping disorders. We are powerless in stopping his seizures. While they are better controlled through a cocktail of medication, however, ironically, the mediciation also further suppresses potential cognitive development, along with other serious side effects. Every day he fights for his life.

In addition to his intellectual disabilities, CDD causes hypotonia (low muscle tone) which means it takes a tremenduous effort to do something simple such as turning his head. Autistic-like behaviour, along with respiratory and gastrointestinal issues are part of CDD. At one years old, he had surgery in order to insert a feeding tube into his stomach. At two years old, he is fed exclusively through a gravity bag to lessen the chances of aspiration pneumonia.

Despite daily physical therapy, he may never be able to hold his head up. His mobility is dependent on being carried around or moved in a wheelchair, which becomes more difficult as he grows in height and weight. He will not be able to do anything independently. To what extent he's able to comprehend his own environment, we can only speculate.

The most precious thing we have of him is his smile, which is rare to see, yet cherished nonetheless. Since his complications will worsen as he ages, he may lose his ability to smile. Even if we see some development in his abilities, sudden regression is common, taking away everything that we work tirelessly for.

Despite the one-of-a-kind drastic life-changing challenges we have come to endure and accept, we are also gifted with Rohan's beautiful sweetness, uninhibited honesty, inspiring resilience, and pure innocence. All we can do is try to make his life a more comfortable and peaceful one.

All premium members are Riders for Rohan, who help contribute to Rohan's:

Even if you're not a premium member, being aware of this rare and devastating disorder can make a difference. Please support science advancement and the research that goes into medicine, neurology, and genetics.

With gratitude,
Joachim and Family